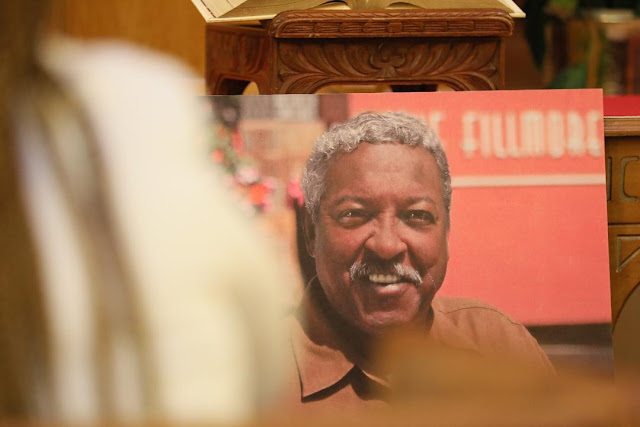 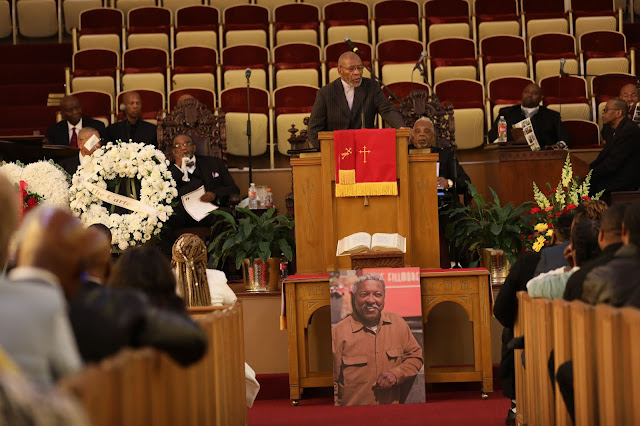 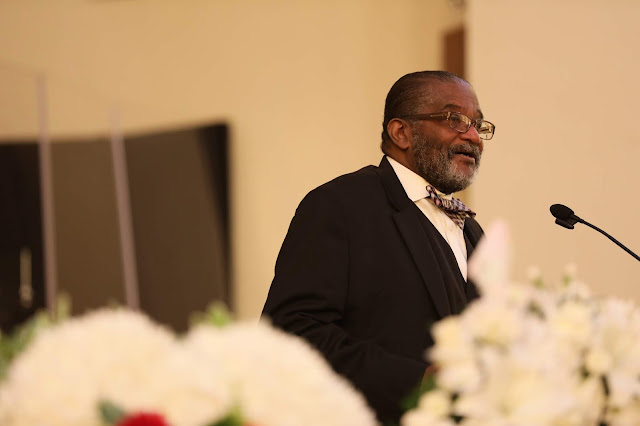 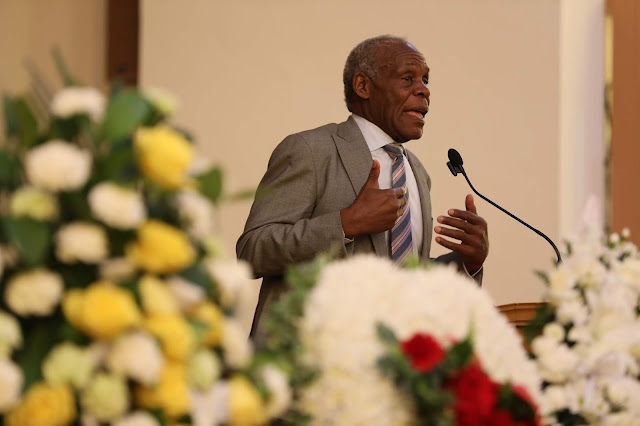 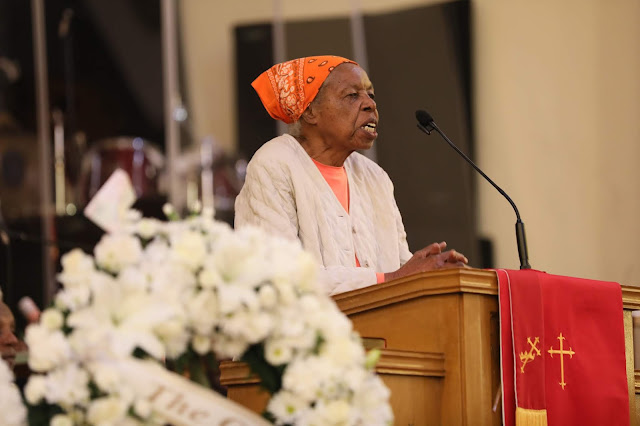 
The consensus was that longtime political and community organizer Leroy Wade Woods, aka Speedy, personified love for his community and was well loved in return. San Francisco's black radical church, Third Baptist, under Rev. Amos Brown, held a memorial service for one of our very best North American African revolutionaries.

Even though people arrived on time for the 11AM service officiated by Rev. Arnold Townsend, himself a radical community organizer, it was well after 11AM when the service began due to people greeting each other and conversing because they had no seen each, some in years, others in decades, especially Speedy's revolutionary comrades, e.g., actor Danny Glover and other San Francisco State Black Student Union founders and the 1968 BSU and Third World Strike leaders who fought to establish Black and Ethnic Studies: Mar'yam Wadai, Jimmy Garett, Jerry Vernardo, Benny Stewart, Rev. George Murray, George Corbett, Marvin X, et al. 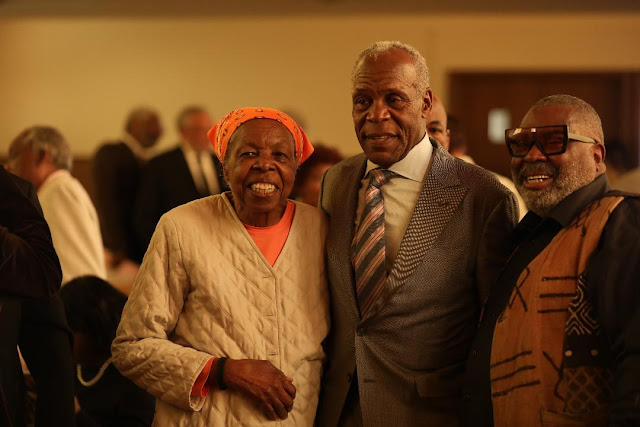 Also in the audience was the Honorable Dr. Nathan Hare, first Chair of Black and Ethnic Studies on a major American college/university campus. Also present were Amelia Ashley-Ward, Publisher of the SF Sun Reporter and son, Evan Carlton. 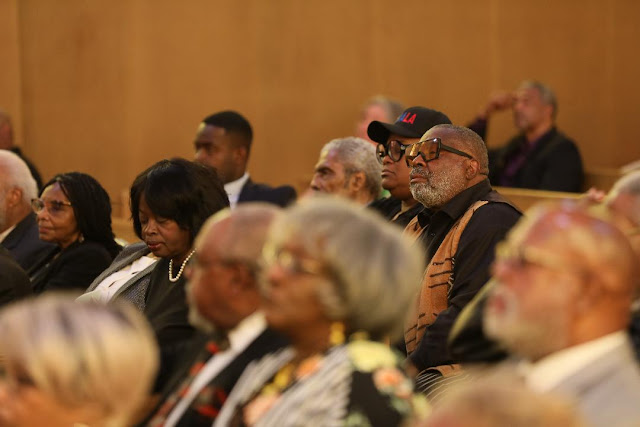 It was a joyous occasion befitting the happy persona of our dearly departed revolutionary brother who was on the central committee of the BSU/Third World Strike at SFSU, this was after he joined the US military and fought in Vietnam. After he came into contact with North Vietnamese soldiers who called the blacks "soul brothers" and explained their struggle was based and patterned after the struggle for Black National Liberation in the USA, Speedy returned from 'Nam saying, "Vietnam turned my green beret Black!" His focus was organizing and strategizing for his community, especially the Fillmore District. He worked with comrade Terry Collins as a draft counselor, advising brothers not to join the US military, one brother was Marvin X who went into exile rather than become a running dog for US imperialism.


Speedy, who got his name because of his outstanding track skills, but he soon honed skills in community organizing as director of the Western Addition Project Area Committee, WAPAC. He oversaw community efforts to develop low-income housing. He guided the development of the 100% owned and operated Victorian Square Complex located at Sutter and Fillmore Streets. He helped save many Victorian homes owned by North American Africans. Wade was a co-founder of KPOO 89.5FM radio station.

A prayer was delivered by Rev. George Murray, BSU strike leader and Black Panther Party Minister of Education. SF Mayor London Breed sent a letter on behalf of the citizens of San Francisco. 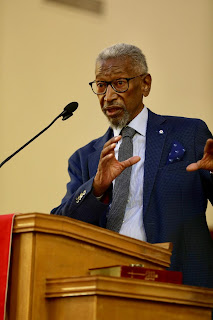 Judge Emeritus George Corbert spoke of his inseparable friend and the good times they shared. 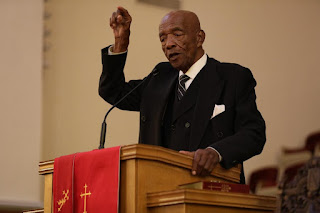 Hunters Point businessman Charlie Walker told how Speedy helped him win the contract to clean up an oil spill under the Golden Gate Bridge. BSU Strike leader Benny Stewart told how working under Speedy qualified him to win a 100 million dollar contract for the Marin City Development Corporation. 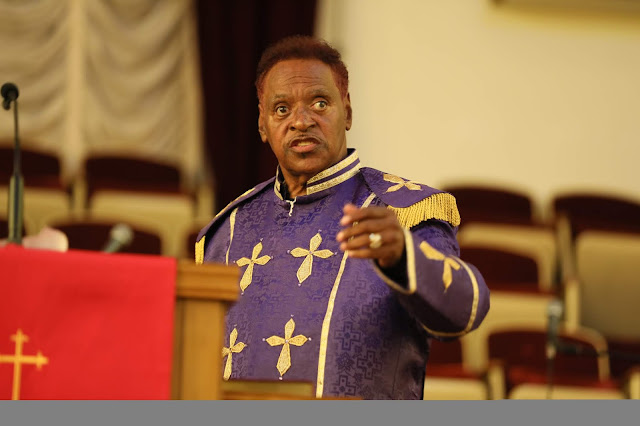 In my remarks, I spoke to the family. "You are his family, but sometimes family don't know how great one of their own can be. Many times you will think a family member ain't nothing. But you should see from the remarks today how great Speedy was. Until my family visited the Smithsonian and saw me in there, they treated me like I wasn't nothing. We know who and what Speedy was and he was family to us revolutionaries. Anytime you know a person over fifty years, they family. Thank you Speedy for sharing your love for us and with us."
The climax was the eulogy from his brother, Rev. Regnaldo J. Woods, a street brother who found the Lord! He simplified his brothers life as love for the people and love of God. In working for the people, Rev. Woods said, Speedy was working for the love of God. He when chided his brother for always helping other people and not himself, Speedy replied, "Don't worry about it. I will be all right." Rev. Woods said Speedy knew the source of his riches.

At the repast, we sat at the table with Dr. Nathan Hare, Rev. George Murray, Mar'yam Wadai, and Benny Stewart. Benny asked was it possible for us revolutionaries to meet on an occasion that is not a funeral or memorial service?
--Marvin X
6/7/19
Posted by www.blackbirdpressnews.blogspot.com at June 07, 2019 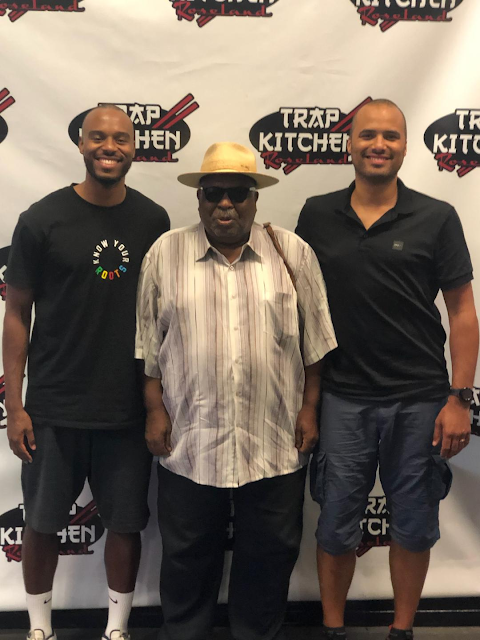