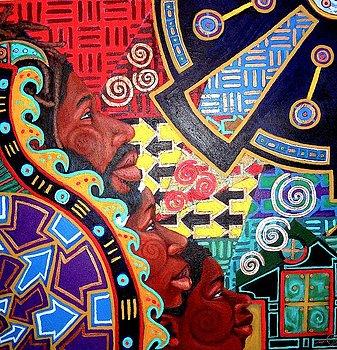 
we are
cosmic earthlings asleep
at this epoch of our collective being
awakened only when our chakras
banging at the lowest infinitesimal monotone metronome frequency
Boom.  Boom. Ka-bang.
are disrupted by  the wicked doings and the impositions
of our souls by them evil ones.
Then, sleeping giants tremble terrible awakened,
marching with the authority of elephant herds
in the long rhythmic strides of gazelles across the plain lands
roaring in the chorus of the lion’s prides
with the organization and immediacy of the flock heading
for its true north, after our longest winter.
A lost tribe -
Intergalactic, our reach is from the earth to the heavens,
the majestic wing expanse of eagles,
the grace, precision and beauty of humming birds,
the electricity and power of the mighty ocean,
and the magic of mystery,
the majesty of gods. 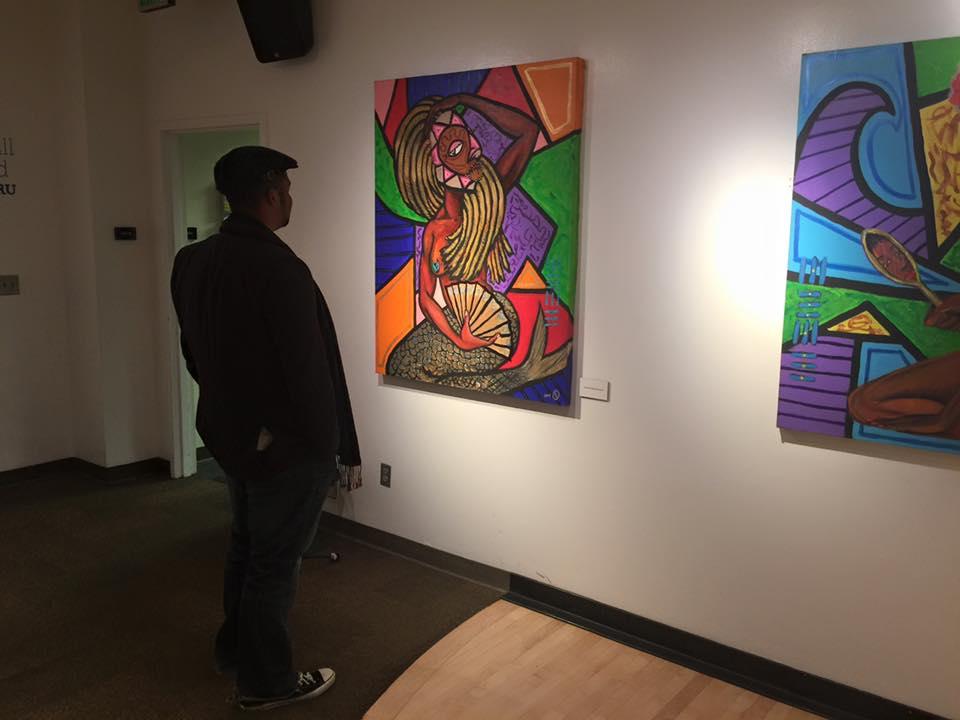 
And then, well, the vibe is alive
and we have the love of God, a Spirit Force
where there is nothing that we cannot affect
for we have done it all before
as Olmec, Pharaohs, Moors
Kush, Mesopotamian, Stars
Black lives have always mattered most in
the cosmos, Electric church, blue notes
and the most high heavenly frequencies.
Psychosomatic cosmic dust -
We are-
the dreams of ancient eternals and ancestors
whose towering visions
are matched only by our grind
hustle and grit.  We channel the earth,
our bodies with our bodies.


Yes, yes.  Yes, to thyselves let us be truly 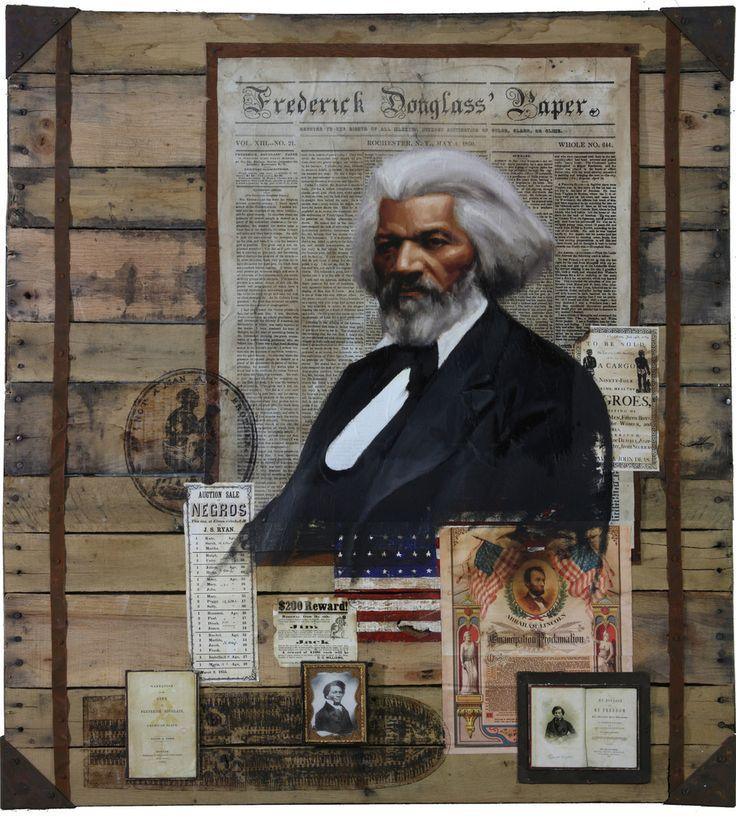 
These griots – they be taking thrones
Wherever they sit.  As they be.
Wisdom of ages, their minds are tomes
where there was once marvel,
re-imagining worlds from with-
in -  magical beings.
See them, amongst us
manifesting.  Call ‘em old
their soul eternal, priceless treasures
platinum, silvers, gold.


Dark matter of consciousness
Transformed into epochs, new ages,
new ways of being
from the darkened nebuli
of the inner mind, rooted in cosmic
metaphor
re-imagines herself  and her relationship
the sun burns a little rosier upon the
the griots crown – time having tinged
the widows peak silver.


Be careful !
These Griots- they wit sharp like acid
gone is they id,
call you stupid, make you it.
Yes – I said it – Griots stand/sit
and the cosmos alter.
It’s not so hard to explain with these Griots-
They are made of the immortal
and their imaginations soiled fertile with living
realities.  These Griots manifest by but…. 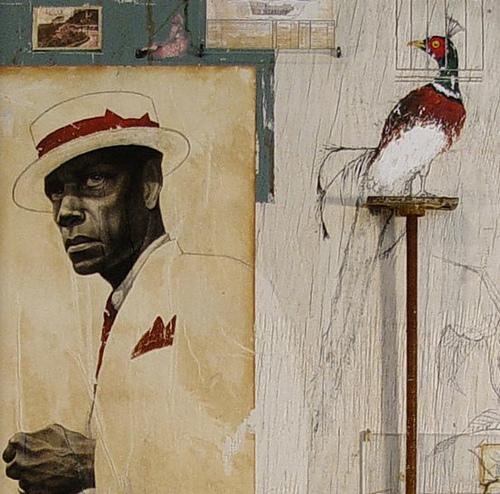 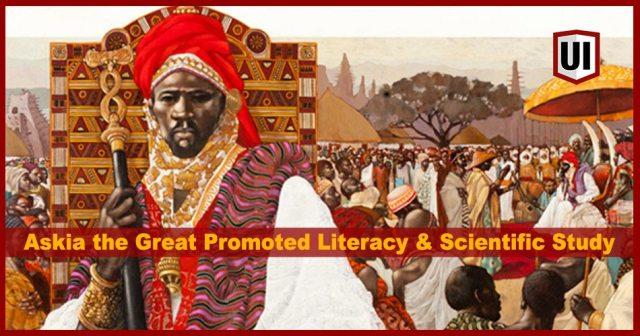 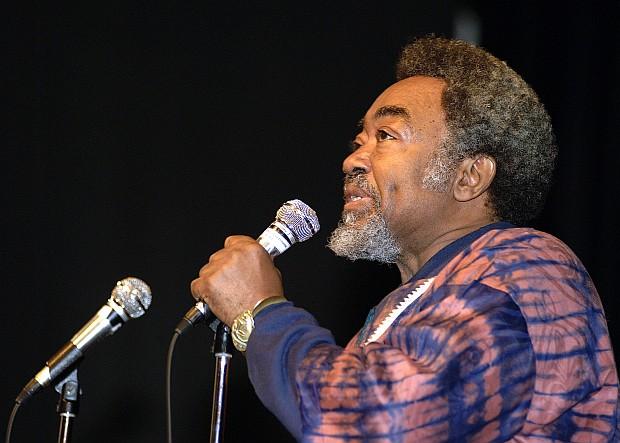 A mystic preacher, metaphysical in form, his is the wisdom of the ages, the metaphysics of the sages, raging fierce for the divine feminine, every syllable uttered, a sly tryst increasing the entwinement betwix his masculine and her feminine. Oh, how Askia Muhammad Toure’ loves his woman. He loves his women as only black man with a black soul could. He would kill for his women but so much more powerful is his towering vulnerability and gentle soul, he will live for his black woman, and passage of time will not still this beautiful will. His is the terrible fire sweeping through towering myriad conscience, keeping us straight woke! His is the spirits and souls and tribal edicts of technologies that are coals waiting to be be lit by new soul, new knows, new millennials. Askia Muhammad Toure’s is the immortal soul of our beloved ancestor resurrected. A mythic figure beyond time.
Posted by www.blackbirdpressnews.blogspot.com at April 26, 2017

Podcast: The Wild Crazy Ride of the Marvin X Experience 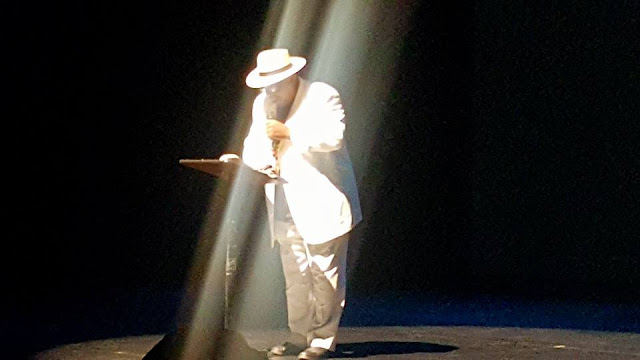