Poems from Marvin X and Mohja Kahf on the Middle East

I am not an Arab, I am not a Jew
Abraham is not my father, Palestine is not my home
But I would fight any man
Who kicked me out of my house
To dwell in a tent
I would fight
To the ends of the earth
Someone who said to me
I want your house
Because my father lived here
Two thousand years ago
I want your land

You will never walk without listening.
I shall cross the River Jordan
With Justice in my hand
I shall return to Jerusalem
And establish my house of peace,
Thus said the Lord.
© 2000 by Marvin X (Imam Maalik El Muhajir) 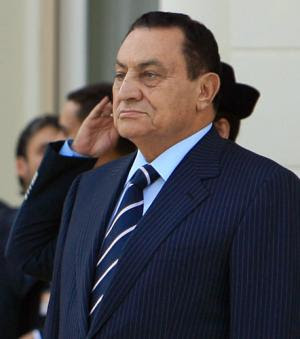 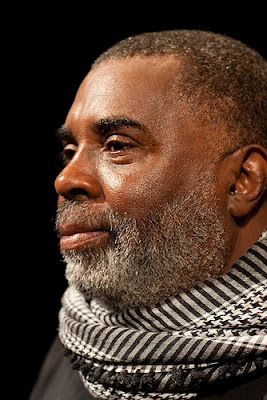 After Friday Prayers
After salat
salaam-alaikum
al humdulilah
we shall meet in the streets
to shout no more pharaoh
no more presidents for life
no more American aide for guns and tear gas
no more uncle abdullah
no more
no more reactionary theology
no honor killings
suppression of women's dignity
no more
after Friday prayers
in Tunisia
Cairo
Yemen
Sudan
Jordan
Saudi Arabia
Persian Gulf
no more
after Fatihah/Ikhlas
we shall meet the guns of Pharaoh Mubarak
we shall meet the tear gas
even death even
we shall meet
and go to paradise
for freedom
we have no fear of Pharaoh's guns/tear gas
no fear no more
we are mostly young and invincible
we have the model
we shall meet in the streets
to live again
to breathe
to love
to take control of our lives
to feed our families
to fly in the sun of freedom and liberty.
--Marvin X

To Egypt With Love

He studied at the American University in Egypt
fell in love in Egypt
some Ghanian ambassador's daughter
told him don't give no woman keys to your apartment
he never did
not even the ambassador's daughter, he told me
he loved Egypt
spoke the language
graduated UC Berkeley in Arabic and Middle Eastern Literature
said the Africans were slaves throughout the Middle East
Arabs took their passports
making them slaves
racism was pervasive
unsustainable
yet understandable

My son loved Arabic, Persian
Fulbright fellowship to University of Damascus
Syrian intelligence  interrogated him daily
why was he hanging around those filthy Palestinians
Why did he swim at the American embassy

Dad, they tried to recruit me for the C.I.A
Mormons controlled the US Embassy
wanted me to be a Mormon

Toward the end my son became a Mormon
lived with Eldridge Cleaver
himself a Mormon, for a time
said Eldridge got strange phone calls
from strange people
we know Eldridge was dr. strangelove

a man of the world
at his funeral came his friends
no black man no black woman
Asians whites
after all
he was a man of the world
what could he say to a nigguh in the ghetto
his travels to Africa, Egypt, Jerusalem, Brazil,Japan, what could he say to a ghetto nigguh
In Japan, he said they teach the women to say three things:
yes, thank you and I'm sorry
Japanese woman he got pregnant said no to his black baby
so she could go home in peace
family told her don't bring no black baby home.

Abdul loved the Middle East
loved Persian
poetry
the rhythms of the language
poets who dervish.

Egypt may fall today tomorrow
my son will be pleased
Pharaoh Mubarak is no more
the regime is history
what a story to tell my son
who walked into a train
in his midnight madness
Dr. Hare said he was like Malcolm and Martin
he was 38, they were 39
he self destructed
suicide and homicide is the same
different sides of the same coin.

Let Egypt arise for the sons and daughters who have suffered
a long suffering that has come to an end.
Mubarak a page in history
a pitiful note in the eternal song of a people.
--Marvin X
1/31/11


Two Poems for the People of Syria

Oh, Mohja
how much water can run from rivers to sea
how much blood can soak the earth
the guns of tyrants know no end
a people awakened are bigger than bullets
there is no sleep in their eyes
no more stunted backs and fear of broken limbs
even men, women and children are humble with sacrifice
the old the young play their roles
with smiles they endure torture chambers
with laughs they submit to rape and mutilations
there is no victory for oppressors
whose days are numbered
as the clock ticks as the sun rises
let the people continue til victory
surely they smell it on their hands
taste it on lips
believe it in their hearts
know it in their minds
no more backwardness no fear
let there be resistance til victory.
--Marvin X/El Muhajir 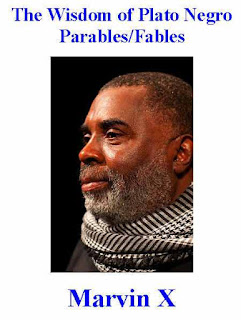 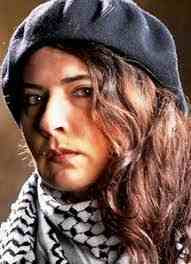 
Oh Marvin, how much blood can soak the earth?
The angels asked, “will you create a species who will shed blood
and overrun the earth with evil?”
And it turns out “rivers of blood” is no metaphor: 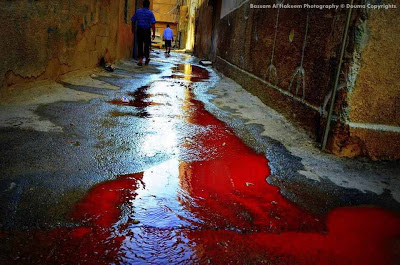 see the stones of narrow alleys in Duma
shiny with blood hissing from humans? Dark
and dazzling, it keeps pouring and pumping
from the inexhaustible soft flesh of Syrians,
and neither regime cluster bombs from the air,
nor rebel car bombs on the ground,
ask them their names before they die.
They are mowed down like wheat harvested by machine,
and every stalk has seven ears, and every ear a hundred grains.
They bleed like irrigation canals into the earth.
Even one little girl in Idlib with a carotid artery cut
becomes a river of blood. Who knew she could be a river
running all the way over the ocean, to you,
draining me of my heart? And God said to the angels,
“I know what you know not.” But right now,
the angels seem right. Cut the coyness, God;
learn the names of all the Syrians.
See what your species has done.