From: Muhammad Ahmad <friendsofmuhammadahmad@gmail.com>
Date: Thu, Jul 10, 2014 at 8:27 PM
Subject: Letter to the Friends of Muhammad Ahmad
To: mstanfrd@temple.edu


Dear Friend,
Your assistance is urgently needed to assist in the struggle for
social and economic justice for a activist/scholar who has spent over
50 years on the frontlines of the Black freedom struggle. On January
6, 2014, History Professor Dr. Muhammad Ahmad received a letter from
the Dean of Temple University's College of Liberal Arts, Dr. Teresa S.
Soufas, stating that his contract would not be renewed at the end of
the Spring 2014 semester. This action has effectively terminated his
employment, along with that of colleague Dr. Anthony Monteiro -- a
fellow activist/scholar known for his activist stance and deep
commitment to the struggle for Black freedom. While no valid reason
was given for Temple University's action. Dr. Ahmad responded by
requesting that Temple University do him the courtesy of granting him
a one year sabbatical. This would allow him to formally retain his
position while maintaining access to the health care plan provided for
by his contract. This would also allow him to secure tuition remission
for his daughter, a Temple University student scheduled to graduate in
Spring 2015. Dr. Soufas formally rejected the request for sabbatical
in a letter dated June 18, 2014.

The Friends of Muhammad Ahmad is an organization of supporters
committed to taking action to defend the rights of Dr. Muhammad Ahmad
from this unjust and arbitrary firing. The first step for all those
willing to express their support is to send letters to the Temple
University Board of Trustees and the President of Temple University
demanding that Dr. Muhammad Ahmad be granted a one year sabbatical --
a reasonable request for a professor who has given over 8 years of
service to the University's African American Studies Department.

Furthermore, Friends of Muhammad Ahmad is calling on all those who are
able to make financial contributions to Dr. Ahmad to help cushion the
devastating financial blow this firing will direct toward this
activist who has always placed the people's struggle for freedom and
justice ahead of his own financial gain. Please send money orders
payable to Muhammad Ahmad to the following address (Please do not send
checks):

Maxwell Curtis Stanford, Jr., known since 1970 as Muhammad Ahmad, is a civil rights activist and was a founder of the Revolutionary Action Movement (RAM), a black power organization active during the 1960s. Born on July 31, 1941 in Philadelphia, he graduated from West Philadelphia High School and attended Central State College in Wilberforce, Ohio from 1960 to 1962. Stanford left college after founding RAM in the summer of 1962.

RAM was a black nationalist student group with a philosophy inspired by the self-defense doctrines of former National Association for the Advancement of Colored People (NAACP) leader Robert F. Williams. Williams, a former head of the Monroe, North Carolina NAACP, espoused fighting the Ku Klux Klan directly, "meeting violence with violence.” Inspired by Williams’s actions, a group of college students in Wilberforce created an organization they dubbed “Challenge.” The group’s leader, Donald Freeman, hoped to create a force with the nationalist sentiment of the Nation of Islam and the direct tactics of the Student Nonviolent Coordinating Committee (SNCC). In the spring of 1962, members elected to dissolve Challenge, and Freeman, Stanford, and Wanda Marshall established RAM.

Marshall and Stanford met Malcolm X in Harlem in November 1962, and Malcolm would join the organization before embarking on his trip to Mecca in 1964. RAM's philosophy combined elements of black nationalism, Marxism, and Third World internationalism. With RAM, Stanford began promoting selective patronage to force businesses to employ more black workers. In 1963, Stanford was arrested while part of a group protesting the construction of the Strawberry Mansion Junior High School in Philadelphia.  RAM charged that black construction workers were not allowed jobs on the project despite its location in an African American community.

Between 1964 and 1968, RAM's attempt to politicize black Philadelphia drew the attention of the FBI.  In 1966 Stanford and fifteen other RAM members were arrested in New York on charges of conspiring to assassinate NAACP leader Roy Wilkins and the Urban League’s Whitney Young.  Stanford was acquitted on the charges and he promptly returned to Philadelphia to establish the Black Guard, a youth and self-defense wing of RAM.  In 1967 Philadelphia police and the FBI began a campaign of surveillance of RAM. Claiming an informant had told them the group intended to start a riot, police arrested Stanford on July 26, 1967, and 35 more RAM activists over the next month. In 1968, Stanford dissolved RAM, and by 1969 its members joined other organizations.

In 1970, Stanford converted to Islam and changed his name to Muhammad Ahmad. He returned to college, earned a Bachelor of Arts degree from the University of Massachusetts in 1976, and a Master of Arts from Atlanta University in 1986. His Master's thesis was "The Revolutionary Action Movement (RAM): A Case Study of an Urban Revolutionary Movement in Western Capitalist Society." Ahmad gained his Ph.D. from Union Institute and University in 1992, with a dissertation titled "The Black Liberation Movement: Then and Now, Case Studies of the Class Composition and Attitudes of a Social Movement in a Western Capitalist Society." Stanford currently teaches in the department of African American Studies at Temple University in Philadelphia. 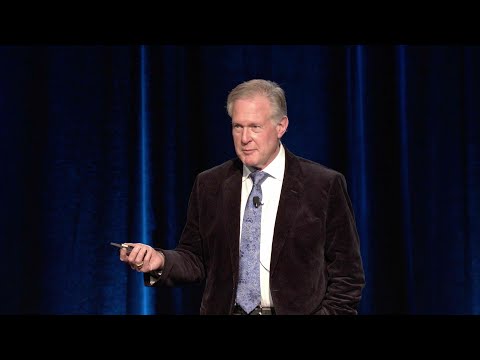